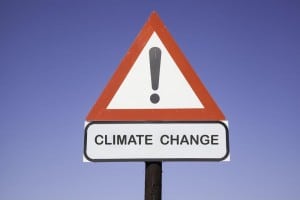 Here in California we face unprecedented drought. In the east, it is unprecedented cold. Increasing super storms and weather anomalies abound worldwide. More than half of all Americans are worried about climate change according to the study released last week from Yale on “Climate Change Communication.” And according a recent poll, conducted by New York Times and Stanford University, an overwhelming majority of Americans back government action to mitigate global warming (regardless of party affiliation) and are “more likely” to vote for a candidate who addresses that issue.

Tom Steyer, billionaire, climate activist, and NextGen Climate Super PAC supporter, says he will spend “what it takes” to put climate change on top of the agenda for the 2016 presidential election. He envisions a high tech information campaign to counter candidates and their promoters who still deny climate change.

Ryan Popple, former senior finance director of Tesla Motors, has founded Proterra, a rechargeable electric bus company. Seeing the potential with municipal purchasers and state pollution reduction mandates, he has attracted many of the early Tesla backers. He is backlogged with orders.

The Bay Area Pollution Control District is considering a ban on open fireplaces and outlawing wood fires for heating and ambiance. They want to prevent the sale of private homes that have not been retrofitted to air quality compliance regulations. This means a big demand for natural gas, electric, and imitation fire inserts.

As every year passes, the market for climate friendly brands increases for several reasons:

So given this emerging mega trend, what are the prospects for brands and political platforms that promise relief from, and mitigation of, the increasing cost of climate change? We think plenty! Today’s 18 through 30 year olds will be voting with their dollars and ballots to save their future even if the last generation does not. Their own physical survival depends on it!

The “climate” brand will be in demand sooner rather than later. Government requirements will create a much bigger demand than the early adopters and conservation-minded buyers of today. We think it’s going to be mainstream, accelerated by the increasing negative effects of the weather.

Those brand builders, influencers, and investors who take the risk now will be in a dominant position in the very near future. People ask us often, “What kind of a business should I go into?” How about products and services that mitigate climate change? The Climate Change Brand is here!