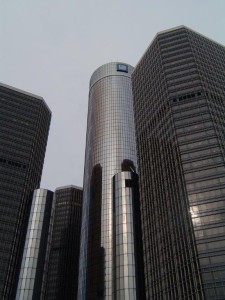 The general public believes that General Motors (GM), or for that matter any automaker, would not knowingly allow an unsafe product on the market. They know that honest mistakes happen from time to time. But they also expect that once discovered, the automaker will deal with them immediately, especially where safety is concerned.

Why did GM take 10 years to recall a faulty ignition switch on 2.6 million small cars? The malfunctioning switch can cause the engine to cut off in traffic, disable power steering, power breaks and airbags. It has been linked to 13 traffic deaths. This apparent violation of the public trust brought in the House of Representatives Energy and Commerce Subcommittee on Oversight and Investigation. They want to know what went wrong inside GM that allowed a culture to exist that evidently was more focused on profits than safety.

GM is a C corporation with a primary fiduciary responsibility to its stockholders to produce a profit and long-term security. A narrow-minded culture focused only on short-term profitability is like stooping over dollars to pick up dimes. Sure, there are the all-important quarterly reports. Stock prices are based on a steady stream of profitability from quarter to quarter. But if the company makes decisions that actually hurt the long-term profitability of the company just to look good in the short run, the long-term cost cancels out the would-be savings.

In this case, it will not just be the cost of the recall, or even the cost of the compensation. It will be the cost to the GM image. People have died. People going forward can’t help but wonder if the products they are getting are safe. Since now it appears that products known to be unsafe will be left on the market, and continue to be manufactured and sold. This is a perception, whether justified or not, that will hurt the brand’s sales and thus its profits.

The Subcommittee found 133 warranty claims over a period of 10 years by customers complaining about the issue. GM engineers proposed solutions to the switch problem in 2005. However, GM decision makers decided that none of the claims represented “an acceptable business case.” Apparently, they did not consider the potential long-term damage to the profits of the business at that time. Nor was the safety of their customers.

The GM CEO said, “I think we in the past had more of a cost culture.” But again, they did not consider the real cost. Unfortunately, large companies tend to have a culture not of cost, but of self-preservation. Decision makers will actually make decisions that are in their own short-term best interests and not in the company’s long-term interests. If executives get the idea that costs must be cut (at any cost) for job security, promotion, or status, short-sighted decisions can and will be made. What kind of a culture will the new GM have beyond the term “new?” Will it have the “customer focus” that the CEO says it is now moving towards?

We have always said that any successful entrepreneur must put the customer on top. Then the sales and customer service departments (who actually talk to the customers), followed by everybody else in “sales support.” Sales support includes production, marketing and administration. So, if GM sincerely wants a change, we suggest they start by dismantling the old pyramid that puts self-preservation on top. Then effect a major reorganization that truly does put the customer (and their safety) on the very top!