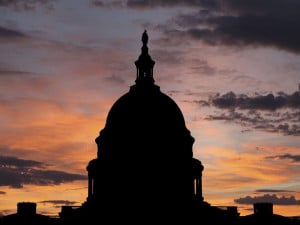 Just like private companies, the U.S. Congress has a brand. That brand and its corresponding brand promise are owned by its constituents. And just like private companies, its brand promise is a function of the expectations of its customers–in this case, the voters. Those voters expect their elected officials to represent them and their best interests, work out compromises, come to a consensus, and keep the government open for business. This is the promise of the U.S. Congressional Brand.

This month the Congress broke its brand promise. It acted against the best interests of its customers, refused to compromise, came to no consensus, and closed the government down. The U.S. Congressional Brand has taken a big hit. Americans are disgusted. The world is laughing.

Debating the reasons for the shutdown is a poor attempt to distract their customers with ends that don’t justify the means. The means they used to avoid compromise were to shut down the government! Come on! Is any issue greater than the welfare of its “customers?” Business depends on the government and without it, it can’t expand, which hurts all the customers of the U.S. Congress Brand.

The international “customers” of the U.S. Congress Brand buy our treasury bonds and consequently make the U.S. dollar the world’s reserve currency. They do this because of the U.S. Congress’ Brand promise that they will not undermine the value of the currency. The British Pound Sterling used to be the world’s reserve currency until the British parliament broke its brand promise to the international community. Closing the U.S. government and threatening default are clear violations of the “old” brand promise, which was to be responsible stewards of the U.S. economy and not use it as a bargaining chip in a misguided attempt to save their jobs.

When A Brand Breaks It Brand Promise

The new Congressional Brand promise is, “We will close the government down every year rather than compromise.” They actually think that their brand will survive such a flagrant violation of their original brand promise. Is their hubris so great that they feel that their domestic “customers” have no choice but to re-elect them? Do they think that their international “customers” will overlook these tactics, as well? Apparently they do.

The Legal Paradigm of Congress

The U.S. Congress is predominately made up of lawyers. Unlike business people who are painfully aware of the consequences of breaking their brand promise, they seem to be driven by a mentality that is limited only by what is strictly legal. Obviously, it’s legal to close the government and apparently default as well. So the message seems to be, “Whatever Congress can legally do, they will do, regardless of the consequences.” Imagine if businesses were that careless with their brand images!

Absent good business sense, perhaps these lawyers need a constitutional amendment that legally prevents them from hurting the economy as a bargaining tool. Certainly, they should not be paid while the government is shut down. When was the last time a business owner was paid for shutting down his own business?

Brand builders can’t break their brand promise and expect to maintain customer loyalty. Is Congress really any different? Long after this crisis passes the damage to their brand image will continue. Does the end really justify the means?