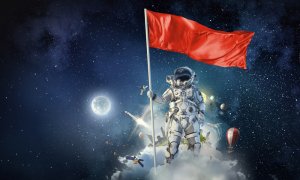 Henry Ford once said, “If I had asked people what they wanted, they would have said, ‘Faster Horses!’” The trouble with trying to sell something new to the market has always been the same: Is the market ready for your solution? Or better yet, does the market even know it has a problem your solution can solve? In other words, the market must recognize that there is a problem.

Most pioneers have to do a lot of what is known in the sales industry as “missionary work.” They have to convince their prospects that they have a problem. In the Music Man, the horn salesman comes to town but cannot make a sale until he convinces the town that their youngsters are hanging out at the pool hall instead of doing something creative – like playing horns in a marching band. And, of course, he’s just the guy to sell them the horns! As funny and entertaining as the musical is, it does make a point. The prospect needs to be “educated.”

When we came up with the concept for the famous Barefoot Wine brand, we wanted to address a previously underserved but powerful portion of the wine market. Our target customer was a female, 35-years old with 2 kids, shopping for a low-priced everyday drinking wine that tasted the same from year to year – just the opposite of the products coveted by the male-dominated industry. The retailers thought they were selling to predominately males with higher priced, vintage dated wines requiring an advance palate, and tasting different every year, not to mention all the French pretentions! The idea of a non-vintage dated, low priced, fruit forward wine with a consistent taste profile, sold predominately to women, with a fun label no less, was a foreign idea.

We spent the better part of the first two years just trying to convince the distributors and retail buyers they were leaving money on the table. So much for a slam dunk. It was more slam! They had never seen anything like Barefoot Wines before. Where would they put it? It wasn’t vintage dated! They couldn’t put it with the vintage-dated wines and they had no non-vintage dated section. And the female shoppers market the Barefoot folks were talking about, they didn’t recognize. Most wine buyers were men, right? So, retailers thought they were selling to men. They were right about that because they weren’t addressing the needs of 78% of their shoppers, who were women!

They didn’t see the sales that weren’t being made!

Did we say it was tough? It is always tough to be pioneers. Finally we were able to demonstrate sales in the few markets that took a chance on Barefoot Wines. And finally, The Big Boys began to realize that there was a market that hadn’t been addressed, and it was lucrative. It didn’t hurt that finally some female retail buyers began to show up and wondered why nobody had done this before.

The so called “smart money” likes to say, “Never be the first,” and “Always wait until someone else has demonstrated the market.” Sounds safe. But now you are playing as an “also ran,” trying to jump in on the latest thing. The pioneer has to pay the “missionary” dues to convince the market that they have a problem and that the pioneer has the solution. In recognition pioneers are rewarded with titles like “original,” “authentic,” and “genuine.” Plus, the pioneers disrupt the market itself and benefit from being custom made for that disruption.

So much of the way we used to do things is either in question or in free fall. The opportunities are endless, but the missionary work is significant. Hopefully, with the gender, generational, and cultural changes now taking place in the market, the buyers will be more open to new ideas like Ford and Barefoot.

We will be rooting for all the new pioneers out there and wishing you a Happy and Optimistic New Year!