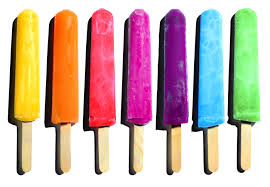 Every new year we see new brands vying for attention, trying to get traction in the marketplace.  Some make it and some don’t. We love the success stories of the ones that do because they inspire us with their often unlikely solutions to the barriers of market access.

Brands are only as good as the products they represent. A seemingly good idea can face apparently insurmountable problems when its product is so different from what’s out there, that its producer has to develop an entire delivery system just to get it to the customer.

Such was the case with the Popsicle. We recently had the pleasure of being the guest of the granddaughter of the inventor at her beautiful Hacienda in Mazatlan Mexico. Her grandfather,  Frank Epperson picked up a stick in a glass of fruit soda water that had been left outside overnight in freezing weather and pulled out the first popsicle. He was only 11 at the time!

He loved the idea and wanted to make them and sell them. Seemed simple enough, just freeze juice with sticks in it and voila! Popsicle! Not so fast, modern refrigeration hadn’t been invented yet. Ice boxes, as they were called, require real blocks of ice. Undaunted in his desire to bring Popsicles to market, he had to invent the freon refrigeration system that revolutionized frozen foods.

Even then retailers wouldn’t buy them. So he came up with the idea of giving them away with writing on the popsicle sticks that said good for one free popsicle at your favorite store. Again, seemed like a clever way of forcing the stores to carry his brand, but wait. The edible ink hadn’t been invented yet. So Frank invented that as well and got distribution and built the Popsicle brand.

But what if he was stopped by the lack of freon refrigeration or edible ink? And who would have guessed such game-changing inventions were just part of a plan to bring Popsicles to market?

Someone said, “I just came to clean the swamp and suddenly I was up to my waist in alligators!” Slaying the alligators is never expected with a new brand but entirely necessary. We like Frank’s story because it exemplifies what’s often unexpected but required to bring a brand to market. At Barefoot, we often had to invent solutions to problems we had no idea we would be facing. Those solutions solved many other problems besides just getting our brand to market.

As we enter the new year, we want to acknowledge all the “by-the-way” inventions, sea changes and breakthroughs that will certainly happen this year just to get new brands to market. And we want to celebrate and encourage those brand builders who will refuse to take no for an answer and invent their way to success – just like Frank Epperson and his Popsicle!

Happy New Year everybody! It’s a BRAND New Year at that!