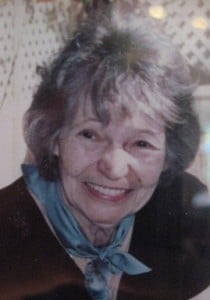 It was storming that night in 1996 when Michael slowly drove up the long dirt road that lead to his humble farmhouse in the rural hills of western Sonoma County. He was careful not to spin out in the mud nor get grabbed by the treacherous ditch that had consumed so many unsuspecting wheels in the past.

It was the end of a long day and an even longer week. The drive home from SFO that usually took an hour and a half had taken three hours in the heavy rain. He was returning from a particularly trying sales trip in L.A. He’d been skunked.

When he finally arrived home dragging his suitcase and his sample bag behind him, he was greeted by Bonnie’s mother, Mabel, who was sitting in her favorite stool halfway between the wood-fired stove and the kitchen windows.

Mabel was in her late 70s and was a salt-of-the-earth, Rosie the Riveter from World War II. Several years earlier, she had come down from her Mt. Hood blueberry farm in the foothills of outside Portland to help Michael and Bonnie start their new business, Barefoot Wine. She quickly became an essential part of the original Barefoot team.

She meticulously folded T-shirts so the big purple foot print showed perfectly, and shipped them to distributers, retailers and customers all over the country. She organized and sent out thousands of various point-of-sale merchandising materials. She spent hours copying and sending reprints of articles about Barefoot to important buyers and sales reps.

She also planted and harvested a 30’ x 100’ organic garden so Michael and Bonnie would be eating right while they were running at full speed to get Barefoot in stores throughout the country. And she made really great blackberry pies! Mabel was quick witted, common-sensical, and had a wry sense of humor delivered with a country and western twang.

“What’s got you so hang-dog?” she barked at Michael as he stood in a puddle still dripping off him from the winter storm. He answered in an exasperated tone, “Well Mabel, I just got back from a pretty frustrating week in L.A. I rode with salespeople every day and didn’t make a sale.”

“And – why — not?” she metered. Michael slowly shook his head, “it’s the week before Christmas and everybody is loaded with wine. Nobody wants any more wine until they sell what they’ve got. All they want now is champagne for New Year’s Eve. ‘Champagne, champagne, champagne’ is all I heard all week!”

“So why don’t you have a champagne?” she quickly retorted, with enough of an accusatory tone to get Michael going. “Look, Mabel, I can hardly sell the wine! I need another product to sell right now like a duck needs a shotgun!” After a short cooling off period, he thought about it and added, “And besides, what would I call it anyway?” With one slow nod she twanged with confidence, “Why – I’d call it Barefoot Bubbly!”