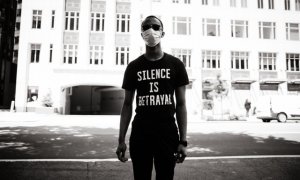 While many politicians give lip service to effecting change in the wake of the brutal George Floyd murder, a recent article appearing in Forbes offers an effective prescription. It’s a prescription we believe to be the most effective and have been advocating for decades: “Voting with your pocketbook is one of the best ways to effect change in a capitalist society.”

In fact, when we built the Barefoot Wine brand, movement marketing was a big part of our success. We knew that the folks who perceived us as supporting their cause would be more likely to buy our products. For a start up with no advertising budget, this approach really helped us get started.

When we hired our National Sales Manager, Randy Arnold, an openly gay man in 1990, the general public harbored many misconceptions about AIDS. For one thing, they blamed it on the gay community. For another, many believed that if you touched a gay man, you would get the disease. This ignorance went on for years. During that time, the entire LGBTQ community was not only marginalized but persecuted by police and violent homophobes.

One day we saw Randy pouring over a big thick phonebook-looking compendium. “What’s that?” we said. “Why, it’s the Rainbow Directory,” he answered. The Rainbow Directory was a listing of every LGBT owned business and LGBT-friendly owned business in the country. They were broken down by city and type of business. He was looking for the stores, restaurants, resorts, and bars that would take Barefoot because we obviously supported their interests. The LBGT community voted with their pocketbooks as Forbes suggests, and our sales soared!

Consumers want to know where you stand on the issues that affect them. They want to know if you are silent, a supporter, or if you are a member of their community. They can’t afford to spend their money elsewhere. They realize that whoever gets their dollars will become more powerful and more influential in the government and elsewhere. Barefoot’s support for the LGBTQ community resulted in decades of customer loyalty from that community.

When we expanded into Chicago and Detroit, we asked our goddaughter’s father who is a Black American and lives there, “How can we address and support the black community in these metros?” He told us that the community enjoyed greeting guests with a champaign flute at the door and throwing “Steppin’” parties where friends and neighbors could show off their latest dance steps. He suggested we donate Barefoot Bubbly to the Steppin’ fundraisers for black neighborhood causes. Barefoot Bubbly became very popular with that community.

In Southern California, we couldn’t get any traction. Barefoot sales were failing. Then we ran to an avid activist who was the Director of the Surfrider Foundation. We helped him raise funds to test the beaches and ocean for cleanliness by taking his message into the supermarket buyers with signs hung on the necks of our bottles. Originally seen as troublemakers and marginalized, the Surfrider Foundation grew to become the strongest voice for clean oceans and beaches. And their members bought our products.

We could go on with examples of how consumers want you to stand for more than your products. You know. You have seen it yourself. Now, smart businesses should come out and state their support for #BlackLivesMatter and discover how they can support this overdue movement. If you don’t, you could lose a substantial part of your business!

Black consumers and their multicultural supporters will be looking to put their money where their mouth is. We all should. The Forbes article lists several apps and directories including:  The Buy From A Black Woman Directory,  The Black-Owned Market, Esty’s Black Owned Shops, Black Enterprises Top 100 list, Black Bank, and Bon Appetit’s List of Black-Owned Restaurants. Let’s all give them our dollars and be outspoken in their support.