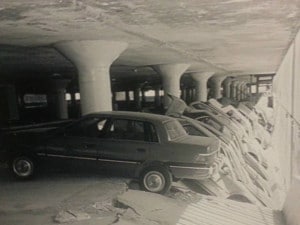 Can a city rebrand itself? That’s the question Syracuse, New York is answering in the affirmative.

The post-WWII industrial boom that fueled its economy for nearly a half century has all but disappeared. It left this historic city with big challenges, including unemployment, vacancies, youth flight, and reduced property values. But now Syracuse, once the hub of commerce on the famous Erie Canal, is rebranding itself as a hub of new ideas, new businesses, and new opportunity. Syracuse has applied the basic rebranding principles used in business to itself as a city. After all, it is a business.

The first step in any rebranding effort is to take inventory. Syracuse took a look at what they had rather than what they no longer had. They still had a strategic location between the major Canadian cities and the major eastern US cities. The city still had an established infrastructure. They still had access to some of the most beautiful parks and open spaces in the county. They had vacant buildings ready for new businesses. And they had one of the top schools in the country teaching business and entrepreneurship: Syracuse University.

The second step was to define a new brand that would build upon their existing assets and take advantage of the mega trends impacting the nation and the area. For one thing, they needed a brand that would drive new business and revitalize their city.  For another, they recognized the trend toward self-employment as a valid alternative to employment in an economy that had reduced the number of entry level jobs for college grads. So they set out to rebrand themselves as a new business hub, knowing that new businesses required inexpensive space, housing, and labor, all of which they had.

The third step they took was amazing! They took a collapsed concrete garage and set about securing the funding and support of several benefactors and institutions to create the Syracuse Tech Garden, an incubator for start-ups in downtown Syracuse.

We were recently asked to help coach the aspiring entrepreneurs at the business start-up “Sandbox” program located in the SyracuseTech Garden. These young people are getting academic credit for starting their own businesses. The incubator gives them separate spaces with whiteboard walls on two sides where they list their goals, challenges and possible solutions. Because of the common area, start-ups can share their ideas and brainstorm with each other. They cover the gamut from folding boats to dairy substitutes, and from dog food to new program applications. What they all have in common is a passionate belief in their brands and their future. They even showed up on a Sunday afternoon to hear about our experience and advice, and kept us there with thoughtful questions for over two hours. They all are excited about the resources available to them in Syracuse.

By using their resources, trumping on their assets, and betting on their youth, Syracuse is rebranding itself from cold steel to hot new ideas.

We were honored to be even a small part of that transformation. Next time we will discuss the key elements of our talk to these new Syracuse entrepreneurs.