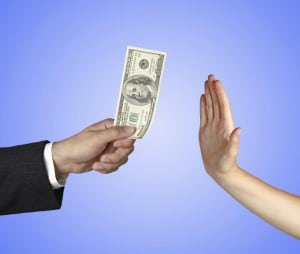 Because corporations must protect their corporate brand image, they had to object to recent Arizona legislation that would have allowed discriminatory practices. The law would have allowed merchants to refuse service to members of the LGBT community based on “the business owner’s deeply held religious beliefs.” The combined economic power of the corporations apparently tipped the scales to influence Arizona’s governor to veto the legislation.

Corporate political activism is a relatively new development in US politics but it is a growing one from which there is no retreat. As we like to say, if you really want to change something, put a buck on it. Well, there’s just too many bucks on it now. Corporate C-suitors can no longer lurk in the shadows on political issues lest their company’s shining brand image gets tarnished by appearing to employees, suppliers, customers and stockholders that their brand gives tacit consent to legislation that impacts any of their customers negatively.

Discrimination is Bad For Business

Today, finally, the implications to corporate America’s bottom line are so potentially devastating that corporations must take a stand, albeit controversial in some circles.  What company wants their goods and services boycotted by any group? What company wants their brand associated with any form of discrimination, no matter how well-meaning its promoters may be?  In this case, companies doing business in and with the State of Arizona were forced to take a stand, and some even implied financial consequences.

Darrell West of the Brookings Institute notes that “Business used to restrict itself to economic issues but they’re now seeing the importance of other kinds of issues. When you get major companies weighing in about the possible negative impact, that makes a big difference.”

And corporations can make a big political difference. Civil rights groups and more progressive politicians and business organizations may object to discriminatory legislation. However, in the end, it is the financial implications of the decision that made the difference.  In 2010, when Arizona passed a controversial immigration bill that sought to identify and deport undocumented aliens, companies and trade associations moved their annual conferences out of the state. Arizona businesses, dependent on tourism, don’t want to suffer another boycott over this new issue.

It’s interesting to us as businesspeople how lawyers (who make up the majority of all state and federal elected officials) seem to have a disconnect between trying to please a vocal minority and the economic well-being of the majority of their constituents. In the end, all discrimination is just plain bad for business.

Brands and The Promise of Fair Play

For years, we have been saying that companies have to stand for more than the goods and services they provide. It’s taken the transparency of the information revolution, and the speed and ubiquity of the communications revolution, to magnify corporate reputation to the point where, if they don’t take a stand, they are viewed as condoning discriminatory political decisions. Now they have to safeguard the civil rights of all parts of their community if they want their continued business!

People have expectations about the brands with which they choose to do business. They see them as having an unspoken promise of fair play. Break that promise and you hurt sales, it’s that simple. The time and effort corporations have spent developing a “good guy” brand image can suddenly backfire into a “bad guy” image. The sheer power of the brand image is a double-edged sword. Now that people realize they vote with their purchases, brand image, and even implied brand promise, go right to the bottom line! 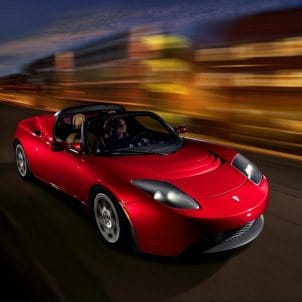