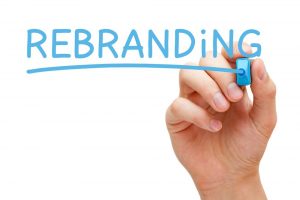 To rebrand or not to rebrand?

That is the question! Whether it is nobler to be new and different or tried and true? More than a few brands have disappeared as a result of well-meaning rebranding and repositioning. This is especially true of CPG brands.

Unlike personal brands or service brands, CPG brands are generally only as good as their recognition by their consumers. It takes years to establish CPG brand recognition. Due to the fact that most CPG brands are sold in bricks-and-mortar retail stores, their visual identity on the shelf becomes critical to their sales. In other words, if your customer can’t find your branded product, they can’t buy it!

This is why you want to think twice about a CPG rebrand. You risk losing customers looking for your current brand. Brand builders must resist the temptation to give in to inexperienced suggestions from academically-influenced new members of their marketing team who say things like, “It’s just time for a change,” or “We need a new look,” or even, “Rebranding will improve our sales.”

The age-old saying, “If it ain’t broke, don’t fix it” goes for rebranding and repositioning. The presumption is, if a CPG producer is considering rebranding, it is because sales are down.

Many folks, right out of college, are eager to try out the latest theories at their new company (which might be yours). They want to make a mark and add an accomplishment to their resume. Rebranding is something they can do that shows a before and an after to impress their next boss. The problem is, they may be working for their next boss by the time what they’ve done to your brand hits the fan!

Our favorite example of a successful rebranding campaign took place almost 50 years ago in the automobile industry. But the process and the lessons of that campaign are classic examples of how to rebrand without losing your customers.

The rebranding campaign was to change the car’s name from “Datsun” to “Nissan.” First, they added the words, “by Nissan” in small print under the familiar Datsun name which continued to be full-size. Then, after a year or two, they steadily increased the size of the word Nissan until it was the same size as the word Datsun. Then they reversed the two names and put Nissan on the top. Then they steadily decreased the size of the word Datsun until it was just Nissan. They used evolution, not revolution!

Remember, the marketplace doesn’t like change. That’s why it’s so hard to get established with the new brand in the first place. Why risk all that effort just to be stylish? Make sure you check out all the other factors before you suffer the risks of rebranding and have your customers asking, “What happened to my brand?