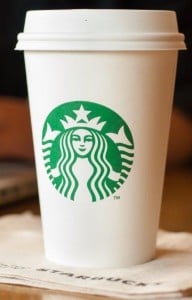 Succumbing to the Economic Challenges of Recycling

Starbucks serves 4 billion disposable cups a year to eco-conscious patrons. So in 2008, to improve their brand image, they announced that all company-operated stores would offer recycling by 2015. But in its 2013 Global Responsibility Report (out just in time for Earth Day), Starbucks announced that it was not going to meet its recycling goals for 2015, and maybe never. Why? It costs too much. After 5 years with the program, customer recycling had only been implemented in 39% of its stores.

Starbucks cups are paper lined with plastic to prevent leakage. The removal of that plastic liner is technically possible, but only in volumes that justify regular processing. The sad fact is that customers don’t use the in-store recycling bins enough to make the recycling process economically viable. When someone buys a cup of coffee to go, do they go back to the store when they are done to recycle the cup?

The Cost of Recycling vs the Cost of Damaged Brand Image

The company attempted to excuse the termination of its recycling program by saying: “Recycling seems like a simple, straightforward initiative, but it’s actually quite challenging.”

The challenges are economic, but so is the cost of a damaged brand image. The average Starbucks’ patron expects their favorite coffee company to recycle and use “renewable” products. That expectation, reinforced by the company’s 2008 statement, is a brand promise. It’s part of the integrity of the brand. How much did it cost to gain the trust of their patrons? Isn’t that also an economic factor in the equation?

We believe that brands are owned by their customers. And a brand’s image is their customers’ perception and expectation of the brand’s behavior. Even if it costs Starbucks to subsidize a recycling program, its patrons expect it to do so in order to honor its brand promise. Companies can’t explain their way out of a recycling program for economic reasons anymore. It only makes them look exclusively profit motivated and removes any “halo” effect they may have had.

If you really want to save the planet, put a buck on it!

People vote with their purchases. And they want to know that their morning cup of coffee is not contributing to unsustainable practices. Perhaps Starbucks should take a closer look at its cups. If there’s absolutely no other way to deliver their product than in a plastic-lined container, maybe they should bear the cost of recycling that container. Maybe they should offer a discount to patrons who bring back their empties or bring in their own to-go cups. Maybe they should offer a prize for an easier-to-recycle solution. But to just pull the plug on the recycling concept because it’s not economically viable is like saying, “Sorry, we can’t come up with a way that’s cost-efficient, so we are not going to be earth-friendly like we said we would.”

We are delighted to see that the more progressive governments across the country are outlawing plastic bags – finally. This has resulted in shoppers bringing their own reusable bags, or getting charged up to a dime for a paper bag. So we say, go back to the drawing boards, Starbucks, and don’t give up. There has to be a way to serve coffee without putting it in a single-use container.

If you really want to save the planet, put a buck on it! Perhaps Starbucks’ customers would be more likely to bring in their personal reusable cups or return and recycle their used plastic-lined cups if it resulted in a less expensive morning cup of joe. Happy Earth Day! 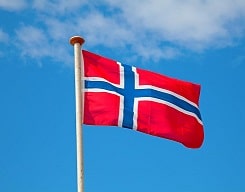