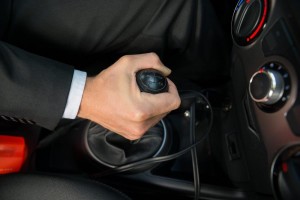 Like a stick shift, each gear has its own skills to master. First gear is slow but powerful, designed to overcome inertia. But too much acceleration and you easily break traction and spin your wheels. Second gear is faster, but still inefficient, and you can easily spin out on the curves. Third is faster still and more efficient, but now the speed itself is less forgiving. By the time you hit fourth gear, you’re moving so rapidly that sudden stops and tight maneuvers are treacherous. Now let’s add interference, such as a little rain and traffic, to the scenario.

Any State Highway Trooper will tell you that most accidents involve excessive speed. The drivers just didn’t allow enough time to adjust to changing conditions. In business, the conditions change with every level of growth. Each level must be proven, like the concept itself. Even though there is a market for your product or service, there is no guarantee of success at the next level. In fact, early proof of concept can easily lull you into a false sense of security. Your doubts and anxiety are relieved. You “know” your idea works. People want it and it makes money! – But not so fast! This is a time to be more cautious than cocky. Here’s why:

Proving your concept in first gear doesn’t mean the concept will work in the next three gears. Slow down and meticulously build your way to success!