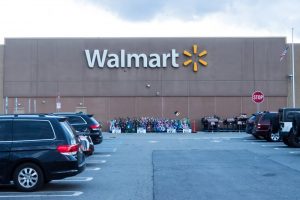 What is a big box store? It can be your dream come true or your worst nightmare when you are a CPG producer. Why? Because they can buy so much of your products at a time that they can make you dependent on them and ultimately extort lower prices from you with threats of being discontinued.

We worked very hard to build our Barefoot Wine brand to the point that we finally got picked up by our first big box store. We created special signage, special pricing, and special packaging for them. And we were thrilled to do so because they were buying our products by the truckload! But soon after, they demanded another price reduction and pointed out that they had another product, similar to ours, that was available to them at a slightly lower price. This went on year after year. They had us!

Big box stores are distinguished by huge “box-like” spaces with minimum décor. Products are sold in quantity to maximize the “ring” (amount purchased at a time). Most products are just sold right off the pallets that they came in on. The pallets are usually repacked to their individual specs by a designated third party repacker for that particular box store. So big box store look like a big box and sell in big boxes, no frills, but unbeatable volume prices. The idea is to get the consumer to buy in volume, thus “warehousing” the products that they buy from the big box store at their own homes. Some new homes even come with a ‘Big Box Storeroom’ feature.

Big box retailers are able to beat out their competition because they purchase products in large quantities, reduce labor by selling right off pallets pre-packed at the producer’s expense, and pass on savings to their customers. Therefore, they create a lot of traffic. That traffic is tempting to a CPG brand builder who wants to get their products out in front of the most people. The only problem is that they can set the price for your products so low that other retailers won’t touch you. They can’t compete. Now you become even more dependent on the big box store!

And if they ever do discontinue your products, they can close them out at ridiculously cheap prices just to get rid of them. But in the process, they can destroy your price point. Now everyone knows the close-out price and wants to hit it as well!

So what’s the attraction? Simple – a giant check for a huge number of products every month. Startup CPG product producers, short on cash, are easily lured into the whirlpool and may not be able to sell in the broader market. This hurts their brand and their bargaining ability. Product producers who have become dependent on the big box stores can become commodity suppliers, more than brand builders. They can run the risk that the big box store will then look for a better price or produce their own brand.

There is always a natural tension between brands and commodities. A brand is a brand because it has a following independent of the box store. That brand’s followers will go to the box store. But they will also go to the more conventional chain stores to get that brand. An “instore”, “own”, or “house” brand can only be bought in a big box store, making it a commodity. Its producers have no bargaining power. They are constantly under the gun to provide the best prices. If they don’t, the store gets a new supplier.

The big box stores tend to buy big, then they discount and floor. But you may not see that brand again in that store. They have decided that price is more important to their customers than brands. So as a shopper, you may experience a one-time big buy that isn’t there the next time you go in.

Big box retailers don’t attract customers based on choices but on prices. They offer producers big volume purchases, but no loyalty, and they can dictate prices. The big box big bucks seem desirable to many brand builders because they are the fastest way to achieve a positive cash flow, but caution! You chase them until they catch you! And then it is too late.