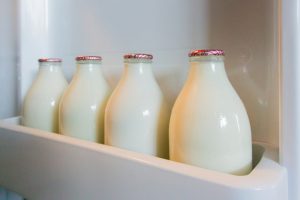 There’s a lot of talk these days about high tech. We all spent much of our time each day engaging with high-tech devices. These have their own health challenges like “tech neck,” impaired vision, and the loss of social skills. But some of the biggest challenges to our health and welfare are low-tech.

There’s another form of engagement we participate in everyday that can be even more damaging to our health and welfare. It’s bigger than the elephant in the room. In fact, its twice the size of Texas. But because we can’t see it, it’s out of site and out of mind. But we are complicit in its growth.

The floating plastic garbage is pushed into country-sized plastic islands in the natural gyres caused by the flow of the ocean currents. Pacific gyre is now twice the size of Texas and growing. The other major oceans all have their own garbage patches slowly spinning in their own gyres. The sun breaks down these plastics into microplastics that find their way into the seafood chain …and into us!

As a society, we don’t want to think about it. Those of us that do are buoyed up by the news of young entrepreneurs collecting the stuff and doing things like making jewelry out of it. How much jewelry can we wear? We are hopeful when we hear about enterprising attempts to collect the plastic and recycle it. How many fleece jackets do we need? And what happens to them when we are done? Right back in the ocean, only now as micro fibers even more treacherous.

No. The only real solution is to eliminate the waste altogether at the producers’ end. “Impossible”, you say? Outside of biodegradable packaging there is new hope from an old idea: reusable containers.

We were very excited, as former CPG producers ourselves, when we read Katherine Roth’s recent article, “Embracing the Milkman Model” in the Associated Press. She reports about a new shopping platform called “Loop” that was announced at the 2019 World Economic Forum. This is an old concept that is new again! It would deliver CPGs from some of the world’s largest producers in reusable containers that can be picked up at your door, washed and refilled.

Tom Szasky, CEO of TerraCycle, the international recycling company behind Loop says, “Garbage shouldn’t exist.” He says, “We’re going back to the milkman model of the 1950s where the  company owns the bottle, which you leave in the milk box to be picked up when you’re done with it.” Szasky says, “Removing plastics from the ocean is not enough. We need to get at the whole idea of disposability and single-use items.”

So far companies partnering with Loop include some big boys like Procter & Gamble, PepsiCo, Nestlé and other major CPG brands. Procter & Gamble, for instance, has selected 10 of their brands to be part of a pilot project with a plan to add more if successful. Containers include lightweight aluminum with pumps, glass and stainless steel bottles. Häagen-Dazs ice cream from Nestlé will be delivered in double-wall stainless-steel tubs  that will keep ice cream colder longer. The list of consumer products goes on. Loop will start with almost 300 products and plans to add to the list.

We think Loop is a real “sea-change” when it comes to the planet. Finally the big CPG companies are beginning to realize that they can sell more to an increasing number of customers who want to vote with their purchases for clean oceans and sustainability. Loop will launch this Spring in New York, New Jersey, Pennsylvania and Paris, and next year, the West Coast, Toronto, and the UK.

Finally there will be something consumers can do about the Garbage Patches in our oceans. We can buy products that come in Loop containers. The big CPG producers want our vote and we can give them that with our purchases!

As Bonnie likes to say, “If you really want to make a change, put a buck on it!”