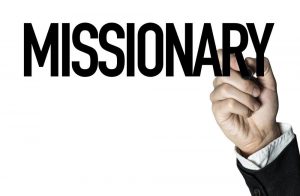 When you are out to disrupt your industry, be prepared for the “missionary work.” This is the inglorious, frustrating, thankless, and painfully slow part of the startup process that new brand producers, in their excitement, often overlook.

You can see how your invention, idea, or new product will revolutionize your industry, but your industry doesn’t see it – yet. Industry shuns any change. Too much thinking – and work! Where will they put it? Is the benefit greater than the upset to the organization? And what established products already making money will it dislodge?

Yes, the market can be resistant, even down right contentious. But when you look back at the many innovations that we take for granted today, it’s hard to believe that their creators had to overcome this same kind of resistance. They had to prove to the key gatekeepers that there was, in fact, a need. And they had to prove that their particular solution addressed and solved that need.

Now, we’ve all been told the way to success is to find a need and fill it. That is great advice, but we can’t stop there. Now we’ve got to get those gatekeepers to recognize the need. And therein lies the missionary challenge. If they don’t know they have a need, or if they have a financial investment in the status quo, they will likely reject your solution.

We had a lot of missionary work to do building the Barefoot Wine brand. We identified the need, created a solution and then had to go out and convince the buyers that there was a need and that our product was the solution. The funny thing is our “solution” was so radically different from the current norm that it was rejected on the very features that solved the need!

Through extensive field research we identified a need for what we called, “personal house wine,” but even that term met resistance. They said “house wine is for restaurants.”  We identified that 75% of the supermarket shoppers were woman (not men) and that among the staples these women were looking for was an everyday wine with a consistent taste profile. They wanted a dependable “Tuesday night” wine that tasted the same from year to year. So we used a non-vintage blend to achieve consistency. This was difficult to sell in a world that knew only vintage wine and had essentially all male buyers for the retail markets. They did not believe a non-vintage wine would sell, period! It took us (and the shoppers who loved our product) several years to convince them.

Along the way we noticed that there were many times more beer drinkers in America than wine drinkers – and for good reason. Wine was very snooty at the time. The industry was constantly comparing itself to the French wine industry, with all the entrappings of exclusivity that went along with that. The wine industry had alienated the vast majority of Americans. We thought there was a need for an all-American “people’s” wine that was just the opposite – affordable, approachable, and assessable, with a fun label and catch phrase like, “Get Barefoot and have a great time!” This was also a hard sell. “You’re cheapening wine,” they said, and added, “This is a joke!” Well, folks, now it’s the largest wine brand in the world!

Like so many industry disrupters, we had to do all the missionary work. We had to convince the skeptics with sales, even if it was in their competitors’ stores! It was a long, hard battle but we hung in there because we knew we would eventually win. And sure enough, after 19 years we were an overnight sensation!

Sure, we identified a market for others to follow. The ice had been broken. America is now the largest consumer of wine in the world. But the first five years of missionary work practically killed our brand. Our lesson learned – you gotta do the work required, and keep doing it until you succeed!