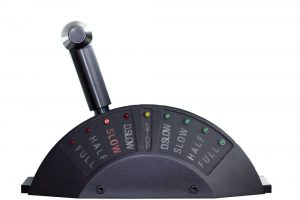 There comes a time in the life of every CPG (Consumer Packaged Goods) business when the founder, who has been making all the sales himself, finally asks the question, “Am I ready to hire a salesperson?” The answer is based on the answers to a series of other questions:

Since outside salespeople are generally territorial based (i.e., they generally work in a territory in which they have already developed relationships), replacing yourself in your own territory would ideally require a representative from your own territory. And again, ideally, you would introduce them to all your accounts and have confidence in their ability to maintain and grow what you have established in that territory.

If you are opening a new territory, the ideal representative would come from that territory. Sales representatives may have represented several brands in their careers, but they generally sold them all in their own territory.

3. Are you financially “ready” to hire a new salesperson?

“Ready” simply means can you afford it? Or, better yet, do you have enough money set aside to pay the new representative’s base salary and expenses without income for their sales …and for how long? In other words, can you pay the bills long enough to “prime the pump?” And even better yet, how long will it take to break even?

If you think they will take 6 months to break even, that means, inside of 6 months they will make more than it costs you to pay them, their expenses and their commissions. Caution! This is a dangerous assumption and requires careful study. It has to do with not only how long it will take new business to come online, but also with your new rep’s own performance in building and maintaining your brand in their territory. For us, we planned on a year to break even in each new territory. Sometimes we were pleasantly surprised by territories, accounts and representatives who broke even, and even made a profit, much sooner.

So, how much do you need in your war chest before you undertake the new territory sales representative commitment? Well, what is the going rate in that territory for a base salary (before commission). And what are the likely expenses you can expect? It varies from territory to territory. So do your homework. Ask people in the industry in that territory. But caution again! If your base is too high you may disincentivize your new rep. If it’s too low, you may not attract them at all. Again, and ideally, you have agreed upon and guarantee and commission structure that is based on sales, growth, and profitability.

What worked for us was to identify the key accounts we wanted to be in within the new territory – the ones we felt would help us break even the fastest and help the new rep achieve commission sooner. In other words, the “low hanging fruit.” We then basically hired the best rep for those accounts. It helped when we could get a referral from the buyers in those accounts. The buyers generally “buy” the representative, not the product. So if we hired their referral, we generally got into the account sooner. Of course, the rep had to perform to keep the account!

Some may think that they need to be saturated enough with sales in their current territory before they can expand. This is not necessarily the case. But it is the case that you must be able to afford the basics without income in that particular new territory for a period of time. The shorter, the better!

Interestingly, the founder will ultimately have to turn over their own territory to a replacement. The question is when? And that answer has to do with the work the founder intends to do. Either they hire a CEO and keep their sales position, or they focus on oversight of new territories, training new reps and holding them accountable. There will be turnover. The founder will be taken away from servicing his initial accounts one way or the other. It’s just the nature of growth. This is a good argument for replacing yourself first but may not be financially practical.

Obviously, when you are new, you will have a hard time matching your established competitors’ benefits package (401K, health, dental, etc.). But you will be offering something that is very attractive to a territorial representative – the opportunity to build a brand in their own territory. Just the title “Territory Brand Manager” indicates that the rep has achieved a real high point in their career.

Try to negotiate for future benefits based on the achievement of certain agreed upon metrics. The title and the chance to be responsible for building a brand may offset the concession, especially if they are a confident, entrepreneurial, well-connected, go-getter! (Which is what you want anyway!)

There is no doubt that whatever you negotiate, you will be out the base salary or “guarantee” and the expenses. So, start saving up now! More importantly, get a cost accountant to tell you exactly what you are looking at income-wise and cost-of-sales wise for that particular new territory. You may be surprised to find out that some new territories will return much faster on your new-rep investment than others!

When it comes to financing a new outside sales rep, there are many moving parts. There is no one right way to proceed. But you can do your homework and – be careful! They represent you, your product, and your brand in the new territory. You will have to take some calculated risks, so start calculating and proceed “All ahead slow!”