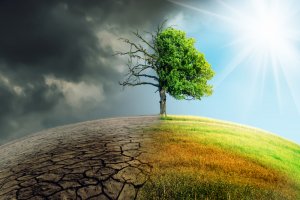 For over a decade we have been warning CPG companies that the day was coming soon when consumers generally will rate your brand on its ecological friendliness. Well, that day is here!

What does your brand, your label, your signage, and your branding say about your regard for the environment? How does your messaging reassure your customers and your prospects that your products are not going to contribute to the further destruction of the environment?

Products with environmental claims on their labels are already outselling labels without those claims. Generally the terms are grouped under the umbrella term, “sustainable.” But they may include recyclable, energy-efficient, reduced water usage, non-polluting, non-toxic, organic, natural, non-GMO, zero carbon, as well as reduced or low emissions. Brands that foster environmental support for clean air, the rain forests, or the oceans are also becoming more compelling.

Why are mainstream consumers looking for these claims? It’s simple. Not only is belief in climate and environmental change going mainstream, but now the average consumer is being hurt by the negative effects of that change. Folks don’t want to add to the problem through their purchases. They don’t want to validate the wrong doers with their dollars.

There are several megatrends at play that are sharpening the focus of your consumers on “green labeling”:

This emerging and long lasting consumer base is very concerned with the changes in the environment. They know it’s their own and their families’ future. They know they will live with it longer than those who have come before them. So, quite literally, it’s a life and death issue for them. They want to know how your products are made, how you are packaging them, and what consequences their purchase will bring, one way or the other.

You can’t pick up a newspaper or scan a news feed these days without reading about and seeing images of horrific climate-caused catastrophes. How can we ignore climate change when the western sky covering 7 major metros turns an eerie red with an orange sun for over a week – and the air is unfit to breathe? Whether it’s biblical fires, unprecedented floods, choking smoke, or 90 mile-an-hour windstorms, your customers have been and will increasingly be effected!

With the now obvious existential threat of climate change, voters are beginning to make their voices heard. The “environment” is a common topic in town halls and political debates. “Climate deniers” are losing credibility fast as voters see with their own eyes the results of decades of climate neglect. More are losing their livelihoods as crops are blown or washed away, or the drought denies them water. The cities are feeling it with air unfit to breathe, water shortages, and unbearable heat.

Due to a lack of national (and worldwide) resolve, the pandemic is out of control. So what does this have to do with the environment? Plenty. Our destruction of the rain forests is destroying our natural pharmacy as well as the natural virus and bacteriological filters that can protect us. Our over population and invasion of the natural environment has put us right up against animals that carry these viruses and create the opportunity for them to jump to humans. Let us not forget that Earth’s natural environment is there to sequester carbon and produce oxygen.

Let’s say you do nothing. Or let’s say you do nothing but claim you did (“Green Washing”). Who’s to stop you? Your competition, that’s who! They will be quick to point out your deceit or inaction with regard to the environment, or worse, your downright contribution to its destruction. Your denial and environmental damage will be used against you not so much in a court of law, although that is happening more often, but in the marketplace!

Conspicuous by Your Absence

As consumers realize more and more the influence of their purchases to affect change, they will use that power in their brand decisions. Climate and environmental change is here! It’s not a subject of debate. It’s hurting your customers. They want to know what they can do. Obviously, they shop every day and that’s the portal through which they make the most difference. Frankly, their lives are at stake!

Every brand wants to have the edge with the consumer. Well, mitigation of climate change is the new edge! As we like to say, “Jump on the bandwagon, or get run over by it!”

Don’t be conspicuous by your absence! 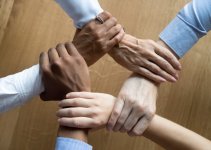