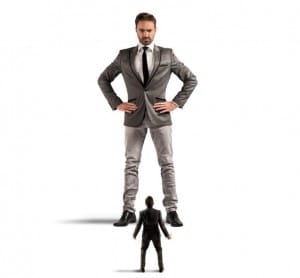 Getting a huge initial order from a big box store or national chain sounds like the answer to a brand builder’s dream, but if they aren’t already established in the general market, it could be more of a nightmare! Sure, new brands need instant exposure and their producers certainly need to have a big infusion of accounts receivable, but at what cost in the long run?

Usually, the large retail players will offer big purchase orders in return for exclusivity. This allows them the security of “building” your brand within their establishment by basically “owning” it.

We have had clients who have come to us for help after they discovered that the large retailers had actually trapped them into unsustainable prices and non-competitive exclusivities. It’s too late. Their brand is now a “house brand” and they have little alternatives to find other buyers at this point.

Here are three good reasons to avoid the big guys until your brand is established with the general public in any new territory:

When we started Barefoot Wines we initially went to a big supermarket chain. We thought that would be the answer to our brand building, cash flow, and distribution problems. We can now say in retrospect, that it was fortunate that they turned us down! Why? Because they would have “owned” us. We were forced to go to the general market to get orders in small stores, independent chains, and “momma-papas.” We had no money for advertising and had to build the brand using door-to-door selling.

It was a slow laborious process, territory by territory, but after a few years our brand was everywhere except the chains and big box stores. Independents wanted us especially because we weren’t in the chains. They could make a larger profit on our brand than they could on the brands they carried that were in the chains due to the fact that the public already expected to see the low ball chain price everywhere.

But then something amazing happened! By building our brand with the little guys, we now had a brand that had gained such a large following that the chains and big stores could not “own” it, could not control the price, and could not demand exclusivity or special products. It took us longer to grow our brand, but we learned an important lesson in brand building.

We now advise our brand-building clients to start small, build their brand (and their price) in the broad independent market first, and then consider going to the big guys!