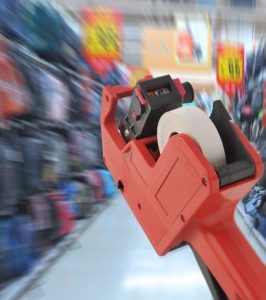 We like to say, “If you want to get paid for your idea, wrap it in a business; then wrap your business in a brand; and then build your brand until you sell it!”

When we got started in the wine biz we thought, “Oh! The wine business! How romantic! Sniff, swirl, sip. Say a few words in French. Hold out your pinkie and talk about mid-notes. What fun!”

Forget about it! We never dreamed that we would be spending more time, money, and energy on distribution than in actually making the wine. We thought the distributor was going to handle the distribution end for us. We believed our product was such a value that folks would knock out windows and kick down doors to get it. We were totally naïve.

This is the same wishful thinking we see in other producers. They focus on production and not on distribution. Browse through any crowd funding site and you’ll see offering after offering touting how cool their ideas are with little mention of how they are going to get to market and stay there.

The irony is that even the crowd investors themselves often underestimate the value of distribution. Many such offerings get full funding, yet more than 70% fail. Why? Because they overlooked the unglamorous lynchpin to real success. A physical product brand simply can’t grow without distribution.

“We’ll just sell it on-line,” you may say. But now you are selling onesies and twosies, collecting from each customer. Now you’re in a race to be the lowest price. And now you’re spending ever more time on social ads and email campaigns. Now you’re trying to sell without tactile proof or comparison to other like products, and without the benefit of established traffic open to discovering your product.

But how do you get in and stay in? That is the mystery. And as the scenario unfolds, your preconceived popular misconceptions begin to make way for a new reality. You realize you are doing much more work than you planned and it is a much different kind of work than you planned. It has little to do with production, but everything to do with gaining new retail placements and never, never running out of stock. So much for mid-notes!

Some producers find the “distribution wall” so apparently impenetrable that they give up trying to sell in stores. It’s not the job they signed up for. No one told them about. But it’s a job that can be done if you understand what each player in the distribution chain wants, and then give it to them. Yes, it will take longer that you thought, but its knowable and doable. We call it a “get rich slow scheme!”

So, just because you will be spending more of your time in the marketplace, more of your energy working with distributers, and more of your efforts making sales to retailers, don’t give up on your dream of seeing your brand on store shelves. When you accept what you have to do to be successful, you will be doing the real work of successful physical product brand building, and that is distribution management!