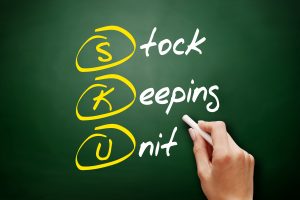 When we started Barefoot Wines, we had just two SKUs. They were Cabernet Sauvignon and Sauvignon Blanc in 1.5L magnums. The buyers told us this larger size had the least competition, so they were the ones we entered the market with. Within a few years and those two SKUs, we grew the brand from nothing to over 200,000 cases per year.

Then, as time progressed, we came under more and more pressure from our salespeople to expand the line and add a few more SKUs. Finally we gave in and produced White Zinfandel. But that was not enough. Then they wanted all three SKUs in the smaller, standard 750 ml size.  And Boom! Just like that, we went from 2 SKUs to 6 SKUs! Retailers, distributors, salespeople, and customers who thought of us as a two-choice brand in the big bottle size were suddenly confused.

We had exceeded the mind share that they all had allotted to us as a new CPG brand. Especially new CPG (consumer packaged goods) brands have an allotted mindshare. There are so many brands and SKUs they simply can’t allow room for all of them.

And guess what? With 6 SKUs instead of 2 SKUs, our total sales improved very little. They were nearly flat for two years! Why? Because now buyers asked us to cannibalize our own shelf space with, “OK, which one do you want me to discontinue to make room for your new SKU?” So, the idea that if you have a bigger product line, you will necessarily get more shelf space is wrong! Plus, you want to protect your core SKUs, the one that brought you to the party!

THE MORE THE MERRIER?

Some marketing departments think you should enter the market with a wide range of products, as if that will somehow, like a shotgun blast, hit a duck. If fact it opens you up to cannibalization.

It’s better to specialize in one or two SKUs until you get super established. And you will have a much better chance of getting there with a narrow focus – something easy for everybody to understand. You may be the best in that particular SKU niche, but it’s much harder to deliver excellence simultaneously in many SKU niches.

When CPG brands are new, if they get traction at all, it’s usually with only a few SKUs. We call this the brand-width. It’s like the band-width but it’s the brands capacity for attention in the minds of the buyers and salespeople. A line extension requires additional shelf space, the most valuable asset in a retail store. Leave it to your acquirer to expand your line. They have the money, the time, and the influence with the distributers and the retailers to survive during the extension period. They can take a hit when they break the brand-width. You can’t!

There’s an old adage, “Keep it simple, stupid!” or K.I.S.S. Considering how many thousands of SKUs there are in your category, you don’t really have the luxury to go wide like the Big Boys.

When you do expand, be careful. Just do it in a few stores to see if you can sell and merchandise one extra SKU at a time. Just remember when you have more SKUs, they can hurt your existing SKUs. It’s a double whammy. First, there are certain new roll-out and carrying costs you will be bearing whether or not your new SKUs sell. Second, there is the very real prospect that you will stunt the growth of your original SKUs.

When you hear your salespeople complaining, “I could have made a sale, if only we had this other SKU!” resist the temptation to be all things to all people. Instead, be everything to a few people!

Happy Holidays and Happy Selling in 2020!