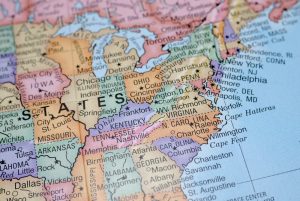 If your CPG (consumer packaged goods) business has made it past the startup phase, and you have finally built up enough customers that you can pay your bills, you may be considering expansion. This is ultimately a good way to protect yourself from one or two major customers holding you hostage, but watch out! Building out your business is the most dangerous part of your business journey. After Startup, most businesses fail in the Build Out stage.

Why? Because they haven’t clearly identified the cost of sales, not the cost of goods, the cost of sales! In other words, “What does it cost you in the new territory to introduce your product for the first time, and keep it there?“

Sounds obvious, but most CPG producers find out after they go into the new market. By then, it may be too late. Now you’re committed! Now you have mounting sales costs but no traction yet. You have a representative, and you are on the retail shelf in many accounts. But you hadn’t considered how much in taxes, transport, commissions, “spiffs”(incentives), programming, demos, advertising, and hands-on merchandising it will take before the new territory breaks even, let alone makes money!

This is always a tough call, but there are several ways we have found (the hard way, of course) to mitigate these challenges:

Have available at least enough money to pay for your new rep’s guarantee and expenses before you even think about expanding. Also, put in a big cushion for error! As a rule we set aside $50K to cover guarantees for the rep before they made enough on commission to provide us with self-funding growth. Add to this another $50K for what we anticipated in expenses, again, before the rep made enough on commission to cover their own expenses out of sales.

It pays to really research the cost of doing business in the territory where you are thinking about expanding. We would actually go there and talk to other producers about their experiences. You may be surprised to find out that certain territories are much cheaper to do business in than others. As we used to say, “Strike where the enemy is not!” It may not be glitzy, but it is practical and doable. Go where the competition is less.

Also, hire a cost accountant, not a general books accountant, (which you will also need) but a cost accountant. You want a “numbers” person who can lay out the financial implications of expanding into this territory or that one. You need to now how long you will have to gain traction. You will need certain metrics that you will use as goals for your company and milestones for your new rep.

Most startup entrepreneurs wind up selling (and distributing) their CPG branded products themselves in a small territory that they can manage singlehandedly. This is good news and bad news. It’s good that the owner is right there to apologize and make things right when they go wrong. It’s good because, after a while, the owner knows generally what to expect in other markets. The bad news is that the owner may discount their own expenses and time and fail to take it into account when they expand. But now they will be paying someone else for all this time and expense. So start keeping track of everything, even the retailer who won’t buy unless you take him to lunch once a month! How much does that, and everything else, cost?

Also notice that there is a limit to how much credit you can advance buyers and how much territory you can deliver to. Selling direct to a retailer means you are the last to get paid. The distributer that sells them the most products like yours gets paid first. They are your retailers primary concern, not you. Your invoice may get paid later on, if the retailer still has money left over that month.

When you expand you may need a middle-man who wants a cut. Did you allow for his cut when you set your prices? How about your online price, does it allow for a distributer and a retailer to take their cuts? Lastly, notice that you have been servicing a limited number of accounts. So you may have gotten by with selling direct to retailers but as you expand that will be less practical. The distributer may not help with sales but they do pay you whether or not they get paid by the retailer. They also can deliver to any store in their territory within 48 hrs.

Its easy to think your own territory is saturated with your products and that you can only see increased sales by expanding into new territories. But wait! Are sales topping out because you haven’t improve sales where you are? Are there ways to increase sales with new accounts in your territory? Could you, for instance, bring on a new salesperson to take over your local accounts while you expand within you own territory? Sometimes it’s better to have a new person close, so you can watch them and give them timely direction.

Get the Right Rep!

If you’ve considered all this and still want to expand, go slowly. Don’t hire a bunch of reps in a bunch of territories because some VC told you, “Scale fast and fail fast!” How about, “Scale slow and don’t let go?!” At first, just do one new territory and watch it like a hawk. Spreading yourself too thin and too quickly is the death of many CPG businesses. Why? Because they get the reputation in the marketplace of being a “slow mover” or worse, “a non- starter.” Competing reps will be quick to spread the word to all the buyers to not take a chance on this “new” product (yours!). They don’t want to lose any shelf space they need for their own expansions. Shelf space is very limited and is earned every day with sales!

Ask your top retailers in the new territory who the right rep is for you. Ask your distributer the same question. Remember, you want to provide excellent customer service and they know who is doing that!

As they say in carpentry, “Measure twice, cut once!” Develop and protect your reputation as a “Hot Mover.” Don’t give the competition any evidence that you are anything but a success. That means start small and expand with caution. Make sales happen in every store you are in. Do not expand just to say your are now in all these stores or states. It just means you have a greater number of stores in which you can fail. And remember, you can’t fail until you are there! The time will come for rapid expansion, but our advice to our CPG clients is to get your act together before you take your show on the road!