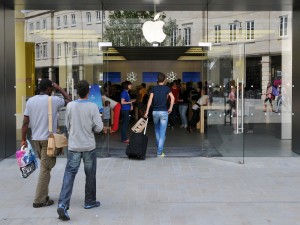 Consumers lose confidence and reign in their spending when economic news is bad. This influences the retailers and producers, which affects their orders and employment. This in turn impacts the economy and creates more bad news, causing consumers to further reign in their spending. We have witnessed this cycle over and over during the past several years.

So what came first, the economic news or the consumer reaction? Probably neither. This year consumers can be hopeful due to several factors:

Big Ticket Items are beginning to sell again. Our highways are virtual “rolling junkyards” of old cars in need of repairs, while new cars have better mileage and are more economical to maintain.

Energy-Saving Improvement spending is at an all-time high. Because the economy has forced families to get by with less, they are now keen on permanently reducing their monthly bills.

Interest Rates are at a record low. That combined with reduced inventory of existing houses for sales and the reduction in bank foreclosures has finally reignited the housing industry.

Cheap Natural Gas is propelling an American industrial renaissance, which is only beginning to have an impact on the jobs market.

Mental Attitude triumphs over negative headlines. People are numbed out by the constant bombardment of bad news. They have had their lives on hold for five years and are fed up. They want to get back to some semblance of normal. Most people have made the necessary adjustments and are ready to move on (thank goodness!).

The American consumer drives nearly 70% of American economic activity. But the entire world is watching, especially during this critical season. They are looking to the American consumer as the possible savior for their exported goods. Just five years ago, all eyes were on the developing countries. Lucky for all of us, American spending is beginning to recover and all will benefit.

It has to make you wonder if the fear-dominated headlines that sell newspapers are good for the economy or if they become self-fulfilling prophecies. Several years ago, we had a local newspaper that daily beat the doom-and-gloom drum un-relentlessly right before the holiday shopping season. They came to us and asked us to advertise a project we were involved in at the time. We had to tell them that we couldn’t justify advertising in a paper that was discouraging sales. The paper folded soon after due to reduced advertising.

As brand builders, we need to forge a united front to demand balanced news coverage especially at this critical time of the year. Sure, chaos and threats to our economy exist, but there are also breakthroughs and resolutions to major challenges. It’s funny how we seldom hear about the fears that were never realized. Isn’t it time to give our consumers a break? It’s in everyone’s best interest, even the newspapers! 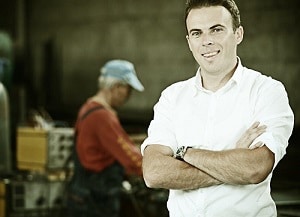