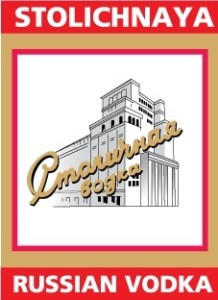 Your consumers own your brand identity. Even though it was you who spent years establishing a particular association in their minds, it is in their minds. They own it now. In other words, you were successful. But now what happens if events change and the identity you have built in their minds suddenly falls out of favor?

Such was the case recently with the giant Vodka brand, Stolichnaya. Produced and bottled in Russia for years, “Stoli” was billed as the quintessential Russian vodka. During the collapse of the Soviet Union, the ownership changed and production was moved to the newly freed republic of Latvia. With virtually no publicity about its new home, the producers continued to position the vodka as authentically Russian.

This must have seemed commercially advantageous at the time. It certainly maintained the essential message of brand continuity. It also capitalized on the existing and well-established brand image of Stoli being the “official” and “genuine” Russian vodka. As the cold war was ending, American consumers became curious about all things Russian, and Stoli became very popular. As late as 2006, it was still promoting itself as “The mother of all vodkas from the motherland of vodka.” In 2010, it changed its label to simply read, “Premium Vodka.” But by then, its Russian identity was firmly established in the minds of its consumers. Very few, if any, American consumers thought it was anything but Russian. In fact, the name itself means capital in Russian.

Meanwhile, the LGBT movement became mainstream in the United States. Their community made up a significant segment of Stoli customers. Then, the Russians passed a law against what they call “homosexual propaganda.” This includes most outward expressions of “non-traditional” sexual preference. They outlawed “Pride” demonstrations, open solidarity with the international LGBT community, or even the display of the rainbow flag. All this happened on the eve of the Russian-hosted Olympics with implications for American and other international athletes. Is it any wonder that the “sticky” Russian brand identity suddenly worked against Stoli? Calls for boycotts and even dumping of Stolichnaya products immediately erupted from the LGBT community. It was no longer politically correct to drink Stoli.

But Stoli is Latvian, not Russian.

So, can you have it both ways? Russian when it’s popular to be Russian, and Latvian when it’s not? With the recent realization that Stoli was, in fact, Latvian, not Russian, some boycott advocates have recanted their calls to action as well-meaning but misplaced. Latvia has no love lost with Russia and its policies toward the LGBT. So boycotting Stoli was not going to hurt Russia. But was it too late? Had the damage to the brand image already been done? And how long will it take to reposition the brand identity with its American customers? Is it possible to un-ring that bell?

So choose carefully when you create your brand identity. Look for classic virtues and positive attributes, and try to steer clear of the changing fortunes of politics. Nastrovia!