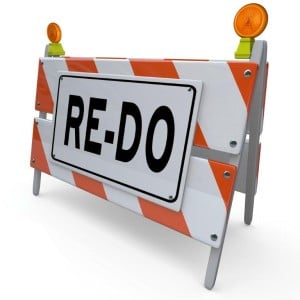 The old adage, “You only get one chance to make a first impression” goes double for introducing a new brand. You’ll get the attention and scrutiny of the marketplace when you first introduce it. In that moment, your new brand will be judged, categorized, ranked, compared, and pegged, pretty much for all time.

Avoiding What Cannot be Undone

What if it’s not quite right when you release it? What if it has a few bugs? Like the batteries on the new Boeing 787 or the defective bolts on the new San Francisco Bay Bridge? It’s almost impossible to un-ring that bell. The brand will suffer the stigma of what’s wrong with the product and that will outlast whatever’s right with it. How can brand builders avoid these pitfalls and make the best first impression?

Some folks have so much time, money, and even ego invested in a newly branded product that they feel compelled to push it out the door, sometimes prematurely. This can be devastating.

The Barefoot Spirit – Nearly 3 Years in the Making

People ask us why it took nearly three years to write our new book, The Barefoot Spirit, which was finally released just this week. First, there was research, not just of the material, but of the marketplace, and decisions about how we were going to distinguish ourselves in a crowded market. There was the realization that we were business writers, mostly prescriptive in style, with lists of things to do and not to do. But that style isn’t entertaining and, after all, we were coming from the wine business, one of the most entertaining industries out there. So prescriptive lists just wouldn’t do. And, we didn’t want another “then I…” biography either. We wanted our message wrapped in a fun read, professionally written, and in an entertaining book in its own right.

We were first paired by our consultant with a ghostwriter. It was not a good fit. In fact, after three-quarters of the book was written, guess what? We threw it in the garbage. It was a do-over moment. We casted about for a new co-author, one with a great sense of humor and sarcasm, which we rather enjoy. We interviewed many excellent authors, but their style was not a match for ours. After months of searching, a friend gave us a book by Rick Kushman entitled, A Movable Thirst. It was about visiting the tasting rooms of Napa Valley. We were flying across the country and Bonnie had just gotten into the first few chapters. All of a sudden, she put it down, looked over, and exclaimed, “I’ve got our writer!”

We became great friends with Rick right away and working together for the next two years, we grew even closer. He was the Food and Wine columnist for the Sacramento Bee for many years. He had many of the same attitudes about wine and books that we did. Both should be affordable, approachable, and accessible.

After hundreds of days interviewing with Rick, we had tons of material. Imagine getting the lessons of 20 years in business down to 275 pages! When we asked Rick how he decides which stories would go and which would stay, he said, “They asked the sculptor how he could make the king’s likeness out of a block of marble, and he responded, ‘That’s easy. I’ll just chip away everything that doesn’t look like the king!’”

So yes, it took three times longer than we thought, and yes, we even threw the first attempt away, but we only had one chance to make a good first impression with our new brand. We think you will find The Barefoot Spirit a fun and inspiring read. It’s all about brand building from the ground up!