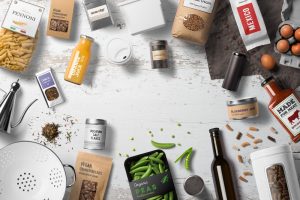 Consumer brand builders are always looking for that edge, the advantage that distinguishes them from other products in their category. One way to stand out is with an ingredient branding strategy. Even if you’re selling a can of beans, you can employ ingredient branding. You can distinguish your product with adjectives that further describe the variety of beans or the farming methods used in their production. They’re not just beans anymore, now they are “organically grown, Romano beans.”

Ingredient brands can include substances, processes, and even cobranding with an already existing popular brand. A well-known example of co-branding is the use of Xylitol (a commercial product) as a sweetener in lieu of sugar. The producer understands the consumers’ aversion to consuming too much sugar for health reasons. The producer also understands that the brand name Xylitol has become viewed as a “healthier” alternative. So by marketing a beverage containing xylitol and plastering it on the label, the producer is using ingredient co-branding. 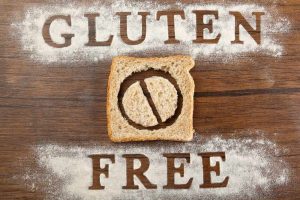 Some types of ingredients get a bad name. Another example of an ingredient brand, in this case, is a branded product that doesn’t tout the inclusion of an ingredient. Rather, it publicizes the exclusion of that ingredient. For years, the public view MSM as producing undesirable side effects although it was widely used in Asian cuisine. Suddenly Asian foods that wanted to distinguish themselves were advertised as having “No MSG!”

In the wine industry, enough consumers reacted to the sulfites winemakers use in the process of winemaking. With this in mind, several brands appeared on the market offering consumers “No Sulfites,” or “No Added Sulfites.” The same thing happened with nitrates in processed meats, and the list goes on. Consumer aversions to certain ingredients can create entirely new subcategories of consumer products that don’t contain those ingredients.

The problem with identifying your product with the latest trend is just that, it’s the latest trend. And there will be a new trend in the near future. The ingredient you tout today as being more healthy than the one it replaced may be shown in time to be less desirable itself. 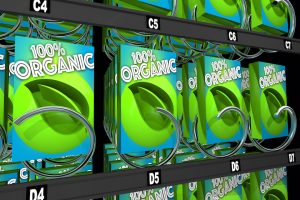 Another approach to the ingredient brand is a product that contains a higher percentage of a desired ingredient. Especially since American consumers have a culture that is more puritanical. If a product is 100% of an ingredient that people deem to be desirable, it has the advantage over a product that has only 90% of the same desired ingredient. Never mind that other ingredients can actually improve the quality, taste, or utility of the product. For Americans, the higher the percentage, the more desirable the product. 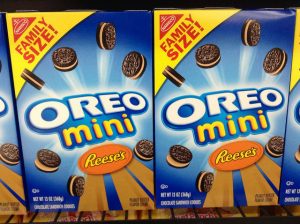 Throughout the CPG market, there are numerous examples of ingredient co-branding. Take a commercial name like “Tide” detergent. Some cleaning supply manufacturers will promote their products by announcing that their product contains Tide. They know that Tide has an already established popular reputation and they want to ride on those coattails.

Other ingredient co-branding examples include products that tout other such commercially well-known brands. Examples are Arm and Hammer baking soda, Splenda sweetener, or even Oreo cookies. We’re sure you’ve had ice cream with Oreo cookies as an ingredient.  Depending upon what you’re selling there’s likely an ingredient with a recognizable commercial name that can help promote your product. Sometimes this can work well to promote both brands.

When it comes to CPG brands, the biggest push we see today is coming from a concern for health and the environment. People use consumer products daily. It’s as simple as that. The implications to your physical health and the environment are huge. You fill your body and your world with ingredients that you have either eaten, used, or discarded. As we get closer to a climatically tipping point on the planet, we can already see the health effects of certain ingredients on large populations. We can already see dramatic changes in the climate that affect our very existence. The consumer is increasingly scrutinizing ingredients, both what’s included, and what’s not.

As scientific evidence mounts that identify detrimental ingredients, consumers are becoming more aware of the implications of how they spend their money. Governments, under pressure to provide health and welfare for their constituents, are under more pressure to increase regulation. The smart ingredient brand producer today must be cognizant of these facts.

Actual Examples of the Impact of Packaging on the Environment 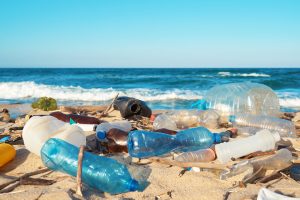 Just a few hundred miles off the coast of San Francisco is the Pacific Gyre. It’s been collecting discarded plastics since they first appeared in the 1950s. Most of these are containers for consumer packaged goods products. Now the garbage patch floating on the surface of the ocean is over 2000 miles across. The plastic is degrading. The fish we eat are consuming them. As they say at the Surfrider Foundation which we have supported since the early ‘90s, “You don’t throw plastic away, you just throw plastic around. There is no away!” and, “ Every piece of plastic that was ever made is still with us!”

Single-use plastics will be the next big ingredient savvy consumer brand producers will avoid like the plague. Get ready for more biodegradable organic plastic-like containers, and the return of cardboard and paper. The day is coming in the not too distant future where consumers will vote with their purchases to save their lives. We are already seeing plastic bag bans in the more aware communities.

The Rest of the World

We were on vacation a few years back on a beautiful tropical Caribbean island off the coast of Honduras. We’re big hikers so we took off for the mountains and jungles. When we got there, we were shocked! Single-use plastic containers for consumer products fill the creeks and ravines. We asked a local in the tourist business, “How do you expect to attract eco-tourists when your creeks are filled with plastic garbage?” 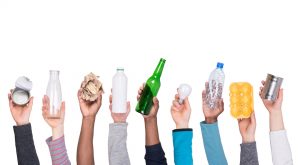 His answer shocked us even more! He said, “We here on this island have always gotten our products from you guys in the US. We’ve always thrown our empty containers in the creeks. But then in the 1960s, you guys changed the packaging to plastic. You guys have gone over to plastic everything, bubble wrap containers, vacuum plastic mold containers, plastic wrappers, plastic beverage containers, plastic everything. That plastic doesn’t go away like the paper cartons and cardboard you used to use. Now you’re sending us beverages in plastic containers with no refund value. When you were sending us beverages in glass bottles, we couldn’t afford to throw them in the creek!”

His point was that people will always take the path of least resistance. That is to throw single-use containers into the waterways and ultimately the oceans. According to him, it was our fault for changing the packaging! Yikes!

Branding/Packaging with Responsibility and the Future in Mind

For years the marketing folks have glossed over the long-term effects of plastic packaging materials. They have effectively sold the consumers on the concept that it is somehow their responsibility to properly dispose of the plastics. Most of the consumers bought in to this idea. Never mind that the ocean is filling up with plastic. And never mind the plastic that’s seeping into our groundwater from “proper” disposal in the landfill. It was cheap, it was convenient, and whatever the problem, it was out of sight and out of mind – for a while.

The type of packaging you use to contain and deliver your product will be the biggest issue in the next decade. That’s because the consequences are no longer out of sight and out of mind – they’re in your face!

Another ingredient that has been getting more negative notoriety in the past few years is high fructose corn syrup. It’s showing up as the primary sweetener in most processed foods. Research has implicated them in weight gain, cancer, increased cholesterol levels, diabetes, high blood pressure, heart disease, leaky gut syndrome, and increased mercury intake. Ouch!

This opens the door for products that boast, “No High Fructose Corn Syrup!” We are already seeing ingredient brand marketing programs that advertise alternative sweeteners like blue agave, crystalized coconut, and fruit juices. This is not to say that they too won’t be scrutinized in the future. 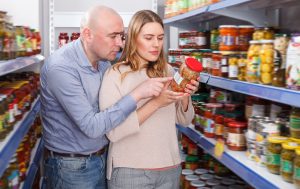 Primarily driven by increased concern by consumers, we are seeing an explosion of farmers’ markets across the country. What is their ingredient brand? Why, it’s “locally grown and raised, free of pesticides, pesticide free, and extremely fresh!” So the farmers’ markets are actually cobranding with a movement rather than another commercial brand.

That movement is a desire on the part of the consumer to buy from producers they can trust not to compromise their health or the environment for short-term gain. Wise consumer brand builders take note! Brand management and marketing folks are always looking for the latest thing. They want to anticipate the new trend. They want to be first to market. And they want to distinguish their products from competitors.

Your fastest-growing competitor may be the farmers’ market. Maybe it’s time to partner with “Certified Organic” and other such organizations that can reassure your increasingly knowledgeable consumers.

Looking for the next big thing in ingredient branding? Well, consumer and environmental health is the next big thing. Mother Nature is making noises and taking increased actions that are all over the news. These reports, along with personal experiences, will certainly revolutionize consumer spending habits.

If you’re a consumer product producer, why not lead the market? Why not be on the right side of history? Give your ingredient brand all the right ingredients and none of the wrong ones. Take advantage of this mega trend within the ingredient branding strategy space. Distinguish your product as being part of the solution and not part of the problem. Give your consumers a social reason to choose your products, the ones with all the safe ingredients, the ones that come in biodegradable packaging. Distinguish your product as healthy and safe for the environment. Consumers will notice.